In a suburb a long, long, long time ago — 11 years ago to be exact — I started a delightful Valentine’s Day tradition with my bestie, Shan. We were high school seniors and super bitter about not having dates for prom and less than enthused by the prospects that Seneca Valley High School was providing.

We also both happened to work at a pizza shop where we were interacting with 20-30 something dudes who just happened to be especially bitter too. We decided to make a Valentine’s Day mix CD for everyone at the pizza shop to try to make a bummer of a holiday into a fun one, or at least wallow in our misery together.

For the next four years Shan and I would compile songs for a Valentine’s Day mix CD. We would each suggest a bunch of songs, we’d narrow our options down, and then order the tracks for an optimal listening experience — all over AOL instant messenger in our college dorm rooms.

The second year (2006) I made some awesome album art and we added liner notes. Lucky for you I have them and you can view them with your own eyeballs right now. If you need to make this the background image of your iPhone’s lock screen I don’t blame you…
(FYI: Shan’s nickname was Kirk at the time) 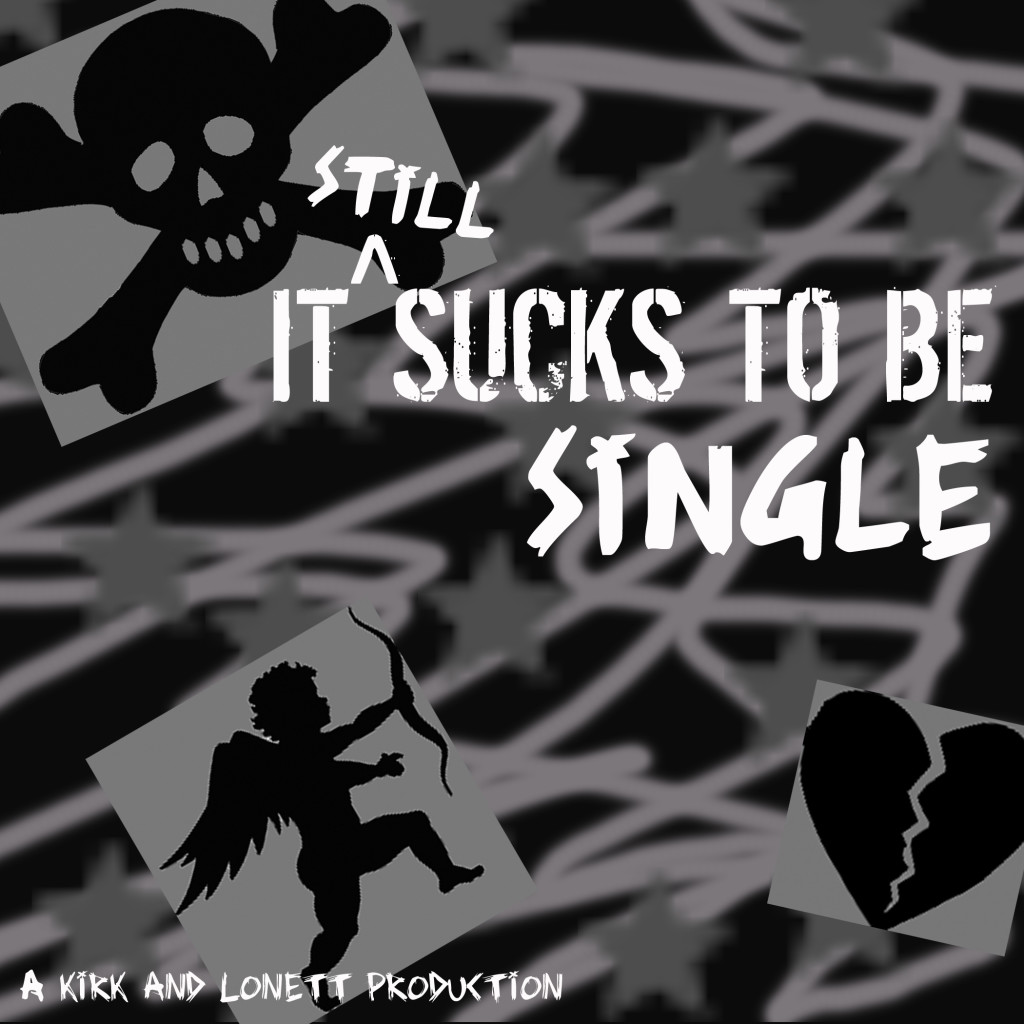 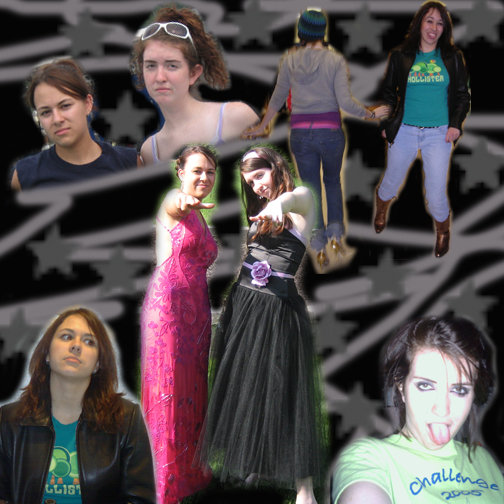 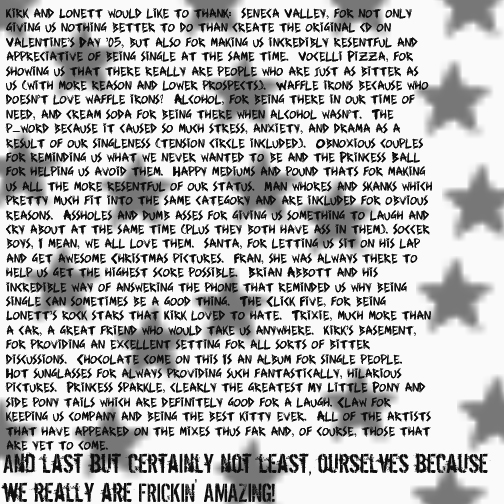 We haven’t made a mix since 2009 and we decided it was time to bring back our favorite tradition. Instead of focusing on how terrible it is to be single we decided to try to impart some wisdom on our younger, semi-dramatic, selves.

We went through the same process, except it was over Skype and not AOL instant messenger. We even limited ourselves to the 80 minutes that would fit on a blank CD. 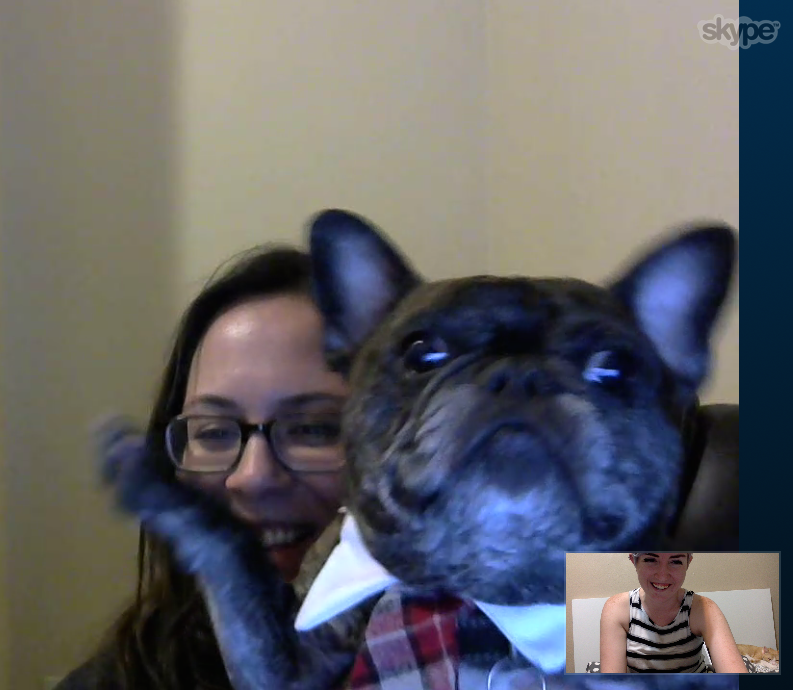 I hope you enjoy our first ever edition of Calm the fuck down you wont be single forever. 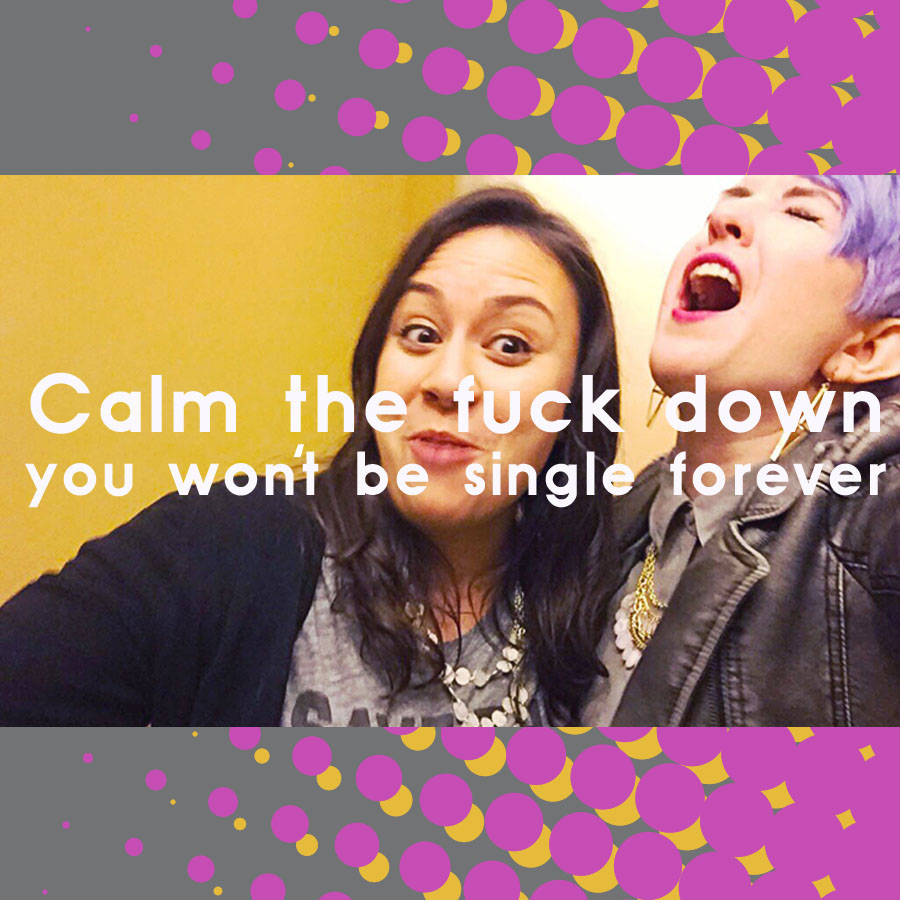 We prepared some updated liner notes as well:

We’d like to thank Cranberry Twp and its ability to remind us of how far we’ve come. Our #1 snuggle buddies Leo and GoGo. Messi Manor for being the best gathering place and the mattress for always being an option even though Jess never took advantage of it. Box wine for keeping how much wine we’ve actually consumed a mystery. Facebook for letting us compare ourselves to people from high school and realize that high school was terrible and being an adult is much better. All the dudes that we made out with at crowded, gross apartment parties, spring weekends, and dorm rooms for giving us a glimmer of hope that someone might be interested in dating us at some point in the future. Buffalo chicken pizza at Negs for being the best way to end the night. Spice Cafe for the cheap drinks and bad decisions.One Direction for being a boy band we can both unashamedly love. Penn State Ryan for ghosting on Jess before ghosting was a term in Urban Dictionary. Tinder for reminding Jess that being single is sometimes the best option. Netflix for making socializing with actual humans completely unnecessary. Bloody Marys for giving us a reason to day drink on Sundays. Taylor Swift for reminding us that that your #squad is the most important. Bruce for always having great hair and proving that someone can put up with Shan and for being Jess’s wingman. Skype for making this process way easier. The city of Pittsburgh for providing adventures even though Jess talks shit on you. Our 18 year old selves for being so much more badass than they knew at the time.  And last, but certainly not least, ourselves because we [still] really are fucking amazing.

If you’d like to check out our original creations you can find them here:

2007: It Totally Still Sucks to Be Single

2008: It Really Totally Still Sucks to Be Single

2009: It Honestly Really Totally Still Sucks to Be Single

I hope you enjoy listening to these gems while eating all the discount Valentine’s Day candy your heart desires. <3 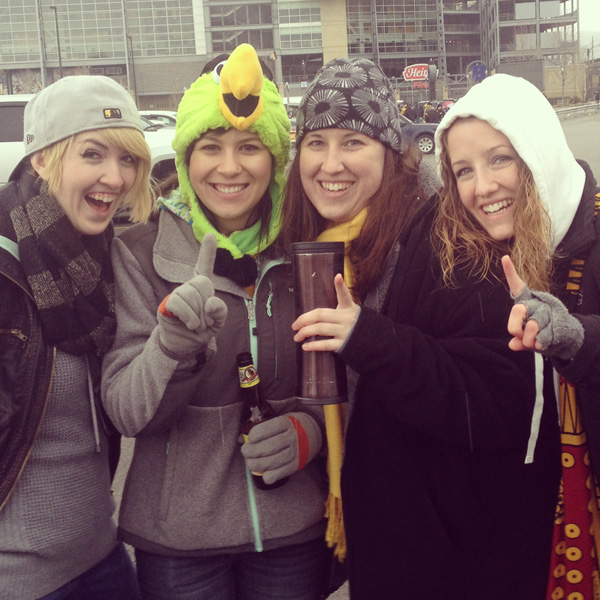 Last week I experienced my first Pirates’ opening day!  My morning started with a bunch of texts and then a phone call from my dear pal, Hannah, about our timeline for the day.

We met at Messi Manor, ate breakfast sandwiches, packed up the cooler with beers and meats, piled on warm layers and then we were ready to make the journey to Gold Lot 1 for tailgating fun. 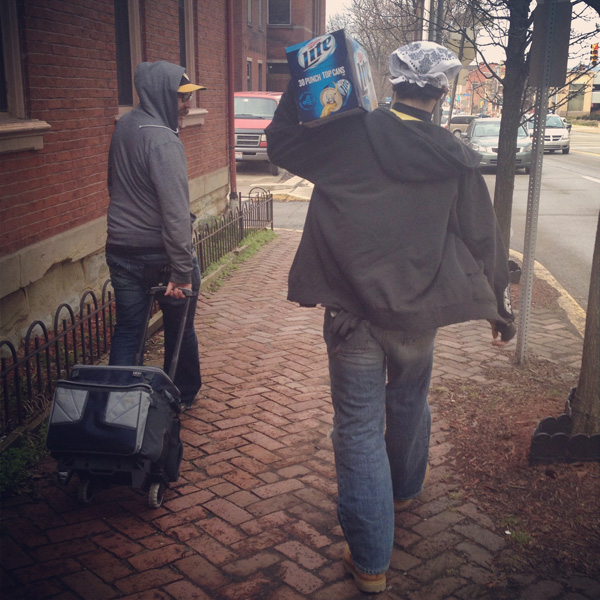 I think it’s best to recap my first opening day by the important things that I learned: 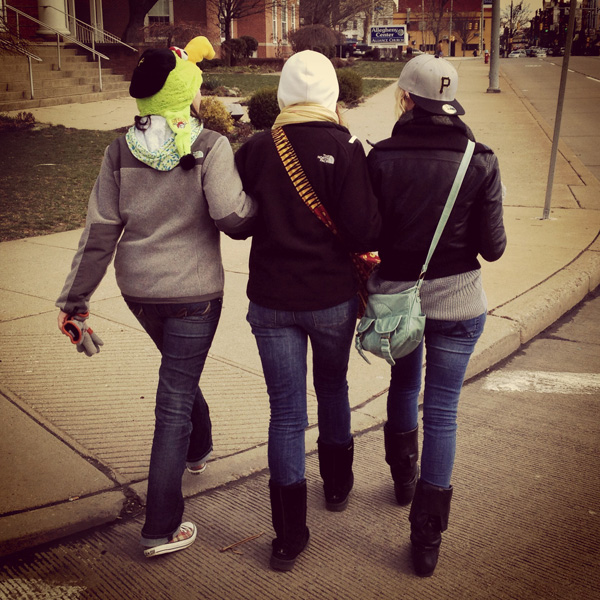