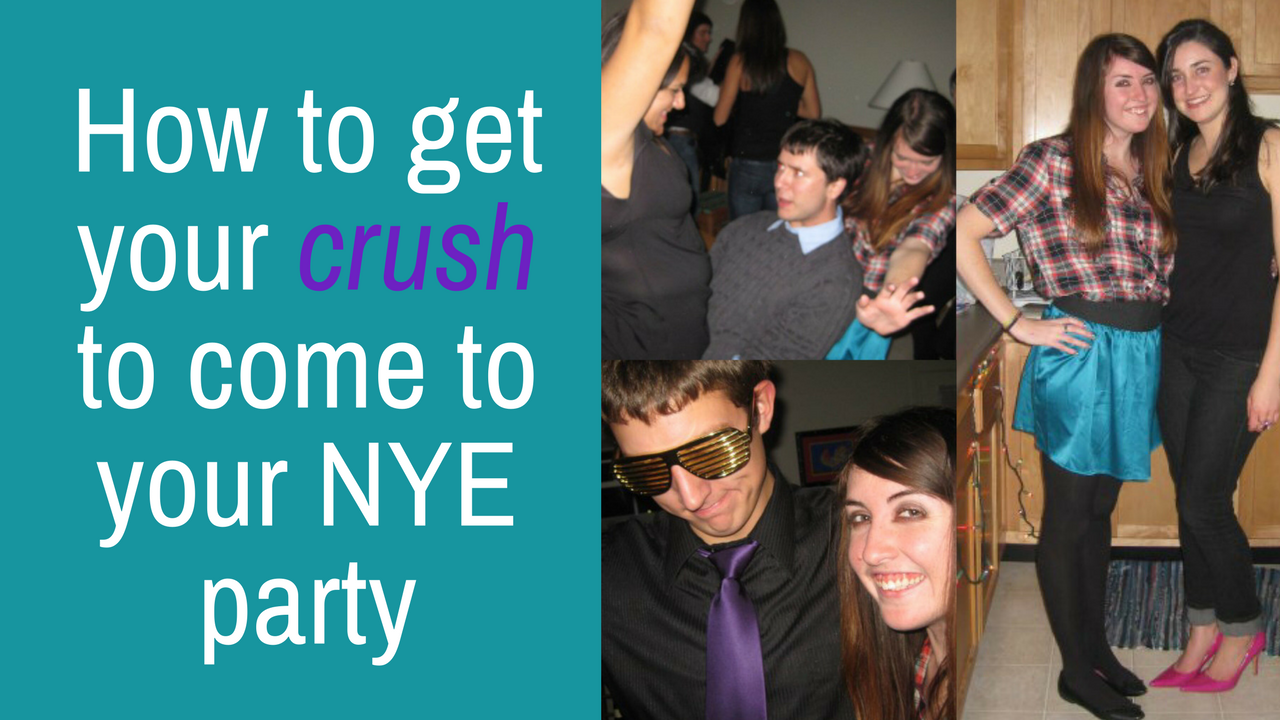 It was the end of 2009, Ke$ha’s ‘Tik Tok‘ was all over the radio, and I was hitting the peak of my college career. I was a super senior who had found my people that summer while working for JMU’s Orientation department. My O-team bestie, McKinzie, and I were throwing a NYE party and it was going to be perfect.

I was determined to snag my first NYE smooch at midnight, so I set out on a mission to get my crush to come to our party. What you are about to read is 100% directly taken from my gmail archives. This is the exact email I sent to get him to attend our party. Names have not been changed to protect parties involved because I am shameless.

Persuasive Essay by Jessica Lonett
andrewww!
so here are the official top “however-many-reasons-i feel-like” why you should come to harrisonburg for new years… in no particular order.
#1 there are going to be sparklers
#7.5 there are going to be yummy snacks… some of which i believe you might eat.
#43 the people currently attending are super awesome and you are super awesome too.
# -3 7/8  there are going to be disney princess waffles in the am… i don’t know if you like waffles, but if you don’t just think of  how giddy i will be eating disney princess waffles.
# 17 this would be the perfect opportunity for you to bust out the jeff wu shirt for it’s first holiday appearance.
# 8 x 7 (aka 56) it’s not going to be a typical jmu party.. it’s going to be classy and fabulous.
# 3,890,365 i heard jess lonett is going to be there. i dont know if you know this but she’s kind of a big deal.
ok so i know those are some pretty sweet reasons and i’m sure you’re convinced, but just incase you need some amo to give to the parentals to convince them too i’ve given you some options:
option 1: you heard zombies are taking over richmond and you need to go to harrisonburg for safety!
option 2: you need to deliver some tickets for your show… which isn’t even a lie or exageration!
option 3: you want to be safe on nye and this way you wouldn’t be driving out on the road!
option 4: bruce springstein is going to be in harrisonburg and you really want to get an autograph for your dad.
feel free to combine 2 or more of these options if you don’t think one alone will do the trick.
there’s just one more thing that you could be concerned with. and that is getting to harrisonburg. i found this handy instructional video on how to teleport for you:
http://www.youtube.com/watch?v=BZLhByECvxI
that might be kind of hard so you might have to end up resorting to a vehicle of some sort.
that’s it from me. if this hasn’t made mac & jess’s new year’s sparklin’ eve #1 for ringing in 2010 for andrew rohlk then i guess nothing will and i will see you on the 2nd. and if nothing else i hope you giggled a smidge.
tootles,
jess

This email went without a response for TWO ENTIRE DAYS. In that time frame I convinced myself that I ruined our friendship and he was never going to talk to me again.

Did Andrew end up coming to our NYE party? No, he did not, but we were dating NYE 2010 so maybe my email worked after all. Feel free to copy and paste this email to your crush this year and maybe you’ll have a date next year. 😉

For the record, the Disney Princess Waffles were amazing: