The Bright Sequence League is back with volume three.

This month the word was Campfire. Get your s’mores supplies ready and hit play below. 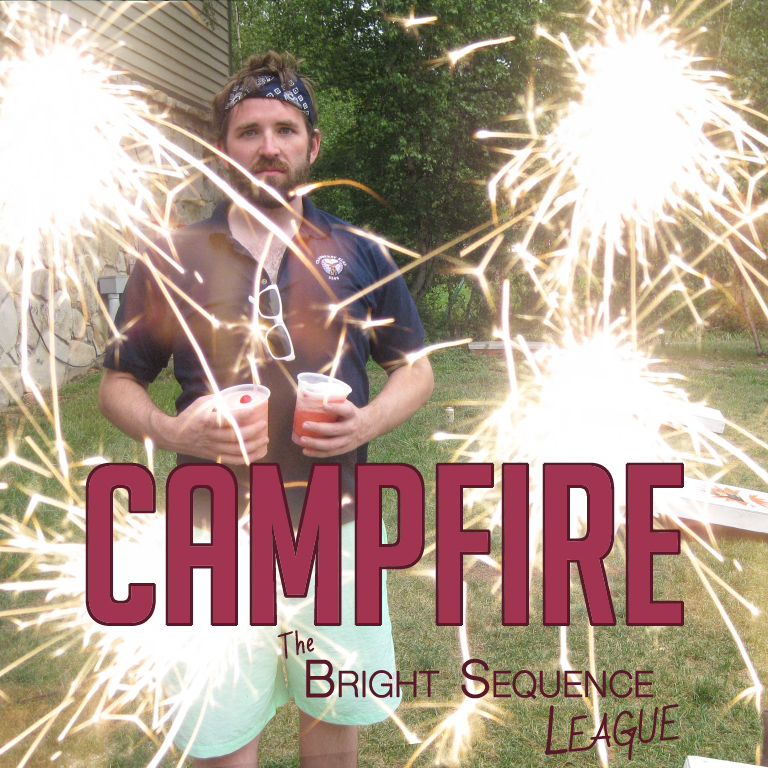 
Brucey: “Going Up the Country” by Canned Heat

Perfect chill bluesy song with some killer flutes. Essential listening for your inner hippie on a camping wkd.

Any song with a harmonica belongs with a campfire – I’m pretty sure that’s how it goes. Plus, this is a super fun song to sing along with y’all!

Tyler: “Bleeding Out” by The Lone Bellow

From past experiences I feel like songs around the fire need to have strings, male/female vocals, and a sort of a folky feel to it.  I love this band, I especially love this album, and if I remember correctly an awesome member of our league is related to a band member actually! So a tune from The Lone Bellow feels like it’d fit in perfectly around a campfire.

These lyrics make me feel nostalgic for summer.

Emilie: “In the Moonlight” by Blithe Field

I really dig this song and the whole album. The album feels nostalgic, and camping is something nostalgic for me. I’ve always loved camping and still do.

When I think of campfires, it reminds me of late summer nights with my friend’s angelic voice serenading us to classic rock covers.  Tom Petty is a regular on the list 🙂

Claire: “She Lit a Fire” by Lord Huron

Not a new album, but one that always reminds me of summer and the great outdoors. “She Lit A Fire” is a figurative expression in this song, but I imagine it would be great to belt out around an actual campfire.

I first heard this song in June of 2012, a point in time that involved huge change for me. It’s been permanently cemented in my brain as a song for summer and a song for new beginnings. It was the first song that came to mind when I read the prompt, so I let my subconscious do the choosing. No better time than the summer for a campfire and a trip – mentally and physically.

I love the Givers! They are such an underrated band and are just super fun to watch and listen to. The reason I chose this song is because it has a very chill California vibe. This is what I imagine the kids in the OC (Summer, Seth, Ryan, Marisa, and Co.) would have listened to on a balmy summer evening in front of a campfire.

Jess: “The General Specific” by Band of Horses

Hanging out in backyards, rocking jorts, and drinking PBR is what campfire dreams are made of and that’s where this song transports me. It reminds me of the summer of 2008, driving down back roads in my blue Pontiac Sunfire with the sunroof down, and talking about everything and nothing for hours.

Andrew: “I Will Follow You into the Dark” by Death Cab for Cutie

For some reason the word campfire makes me think of this morbid song about having a buddy soul with you when you’re stuck in limbo between heaven and hell.

Carrie: “Hey Ya” by Obadiah Parker

This cover is not new. I think it came out in 2007 and it definitely got played in my show on WXJM. For me, “campfire” conjures up two distinct images: summers on Hatteras and WXJM camping trips. Everything about this cover is singalongs and laughter around a campfire while we pound PBRs and get yelled out by nerds who expect total silence even before the sun goes down. 10 years later, it is still a solid cover that makes me giggle. It sounds like a warm night in those happy, heady days of college radio and getting to see my favorite people every day.

Jill: “Always Be My Baby” by Mariah Carey

This is the first song that came to mind. And I remember when this music video first came out and I was like I need to go to summer camp in order to find true love.

Natalie: “For What It’s Worth” by The Cardigans

First of all, I’ve just got to say that The Cardigans are one of the most underrated bands of the 90’s and the 00’s – and they are so much more than Lovefool!  This whole album feels like a glowing candle in a dark room to me.  For better or worse, campfire will always make me think of acoustic guitars and the twangy intro of this tune just fits the bill for me.  I also like that the song is both upbeat and sad.

This Divine Maggees album came to me at a time when I was spending all of my days running around barefoot, mostly naked, and camping with Appalachian queers out near Asheville, NC. When I think “campfire” I think of those mountains and when I listen to this song I can almost smell the smoke.

This was so hard!! Being from North Carolina, I LOVE camping so much and I love playing the guitar with a fire going and singing along to the music. I was even in a folk band with my sis for a while, and I loved singing and playing in the woods with a campfire going and seeing nothing but trees surrounding you. This song is just a pretty voice with a banjo and that’s for me the epitome of a good campfire song.

Every year, Tom Petty plays a huge role in the soundtrack to my summer. I don’t know if it’s the number of times I’ve seen him at Star Lake, the joy that blasting his albums with the windows down brings, or something else entirely, but his music just begs to be played when the weather gets warmer. The opening chords to this track are instantly recognizable as someone strums them on their acoustic around the campfire, and then proceeds to sing the song…badly.

What song would you add to our CAMPFIRE playlist?