Last week JMU announced that incoming freshman found out their room assignments. It feels like just yesterday that I was chatting on AOL instant messenger with SummerLife4Ever, my future roommate. We would share Hanson Hall room 204B, had similar taste in movies, and obviously we were going to be besties. After seeing a tweet about the pros and cons of each hall I realized that 10 years ago I was an incoming freshman and I felt old. I mean, there’s been talk of a Seneca Valley 10 year high school reunion for months, but something about starting college TEN.WHOLE.YEARS. ago felt way different. Nostalgia took over and here I am. I’ve compiled a list of 10 things I would tell my freshman year self now, in no particular order. 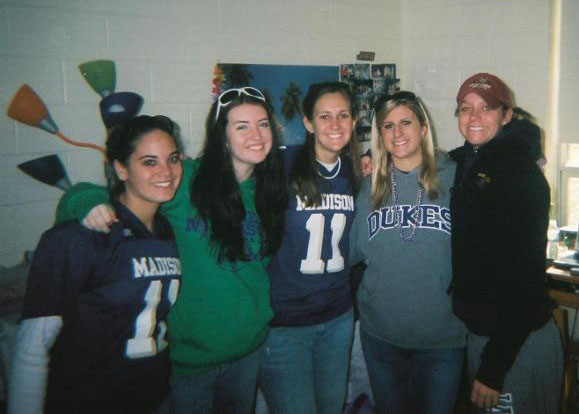 1. Learn names. If you forget the girl’s name who sits next to you on the second day of your economics class reintroduce yourself then. It’s a lot easier to do that than desperately trying to decipher the name at the top of the test on opportunity costs and demand curves mid-semester.

2. Go to orientation events instead of parties the week before classes. Really cool events take place then, Matt Nathanson plays a concert and there’s late night breakfast, but a lame apartment party is happening every weekend from now until forever. 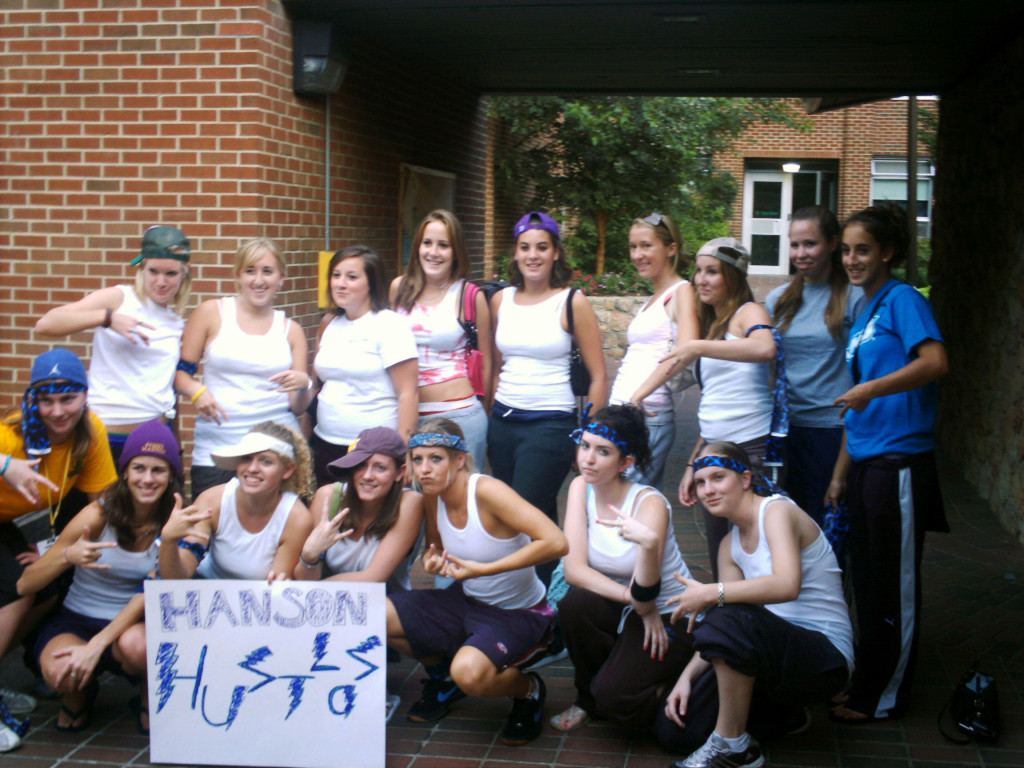 4. Don’t have a crush on the first boy you meet. I know you think college is going to be a chance to meet dudes that are way more awesome than the lame guys from your high school, but these are just lame guys from other people’s high schools. Focus on developing your own interests and make some kickass friends. I promise you, you’ll meet some boys who think you are neat-o and you’ll hold hands and be in love and junk. Just don’t worry about it so much and stop trying to force it with every boy who has good hair and looks charming in the color green.

5. Don’t pose for pictures like you’re a badass. You’re not fooling anyone. 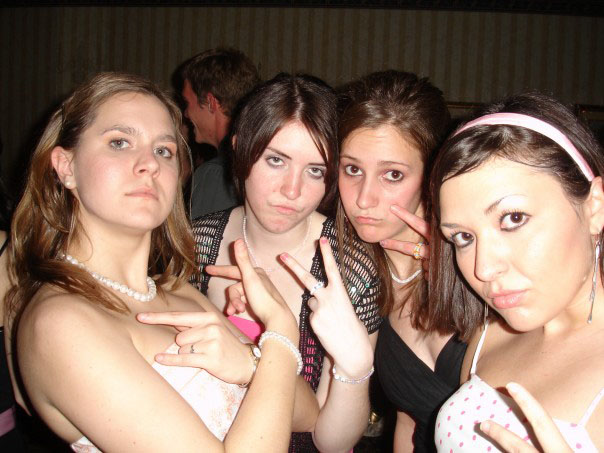 6. Talk to your college algebra teacher after you miss that test. I know that your high school teachers all tried to scare you and said things like, “Your college professor won’t blah blah blah”, but professors are people too and they aren’t that scary. You can at least explain your situation instead of taking a zero. She seems like a pretty understanding woman. You might not be able to get a re-do, but without asking you end up having to retake college algebra again as a senior to replace the D on your transcript and help your GPA out.

7. Don’t do shots in your dorm room. Or at all for that matter. The sooner you realize shots are never a good idea the better. If you have to be drunk to enjoy being at a party where all the lights are off and everyone is playing beer pong maybe find something else to do. 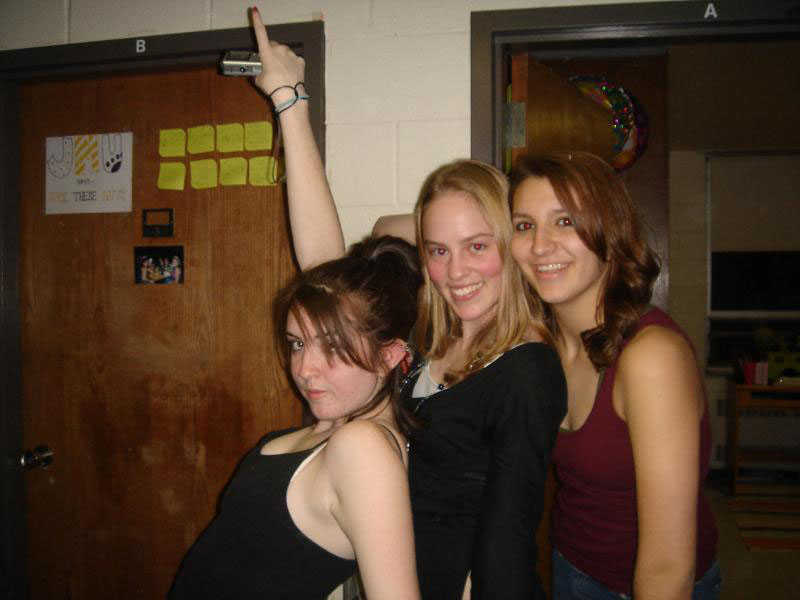 8. Major in something else. You get there eventually, but if you start out as a SMAD major you’ll save yourself the hassle of a dual degree and 18 credit semesters. Oh, you’ll also avoid the tears that two accounting courses cause. Maybe at least visit Career and Academic planning for some guidance. This could potentially prevent a quarter life crisis and I can’t tell you how much 25 year old you would appreciate this.

9.  Be patient with yourself. Freshman year isn’t your entire college experience. Don’t be so scared of being yourself. I know it’s harder than you anticipate being an out-of-state student since all the in-state kids seem to know everyone and even have upperclassman connections. It basically takes you the full year to adjust and that’s ok. Psssst, join WXJM — those are your people

10.  Make sure you are packed before your parents come to move you out. If your dorm room is a mess when Peggy arrives she is not going to handle it well. She doesn’t understand that you needed to play sand volleyball with your friends last night instead of packing. You’ll prevent tears from both sides and it will make leaving a little easier. 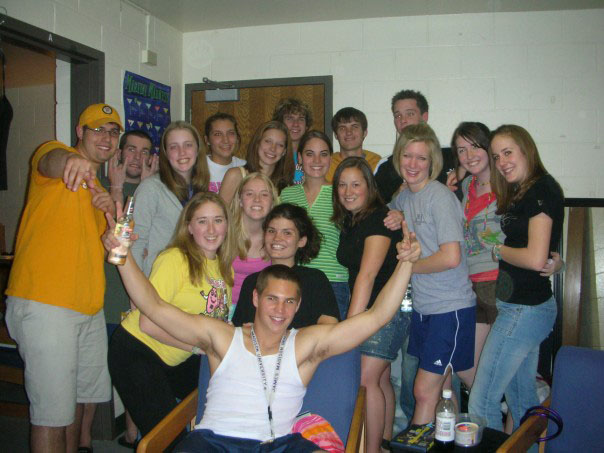 You are going to think your freshman year flew by. The next three (or four) years are going to go by even faster. 10 years later you still know that you are the person you are today because you had the experiences that took place on that campus and in that tiny town in Virginia with some of the most incredible people you have ever met.

P.S. Embrace the skinny jean trend when it comes along. They are way better than the ill-fitting flare jeans from Hollister you are rocking. Embrace yoga pants as pants too. I know the sorority girls are doing it and you’re judging them, but they are onto something and your life will get exponentially better after accepting this.